Laparoscopy In Gynaecology, An Alternative To Open Surgery 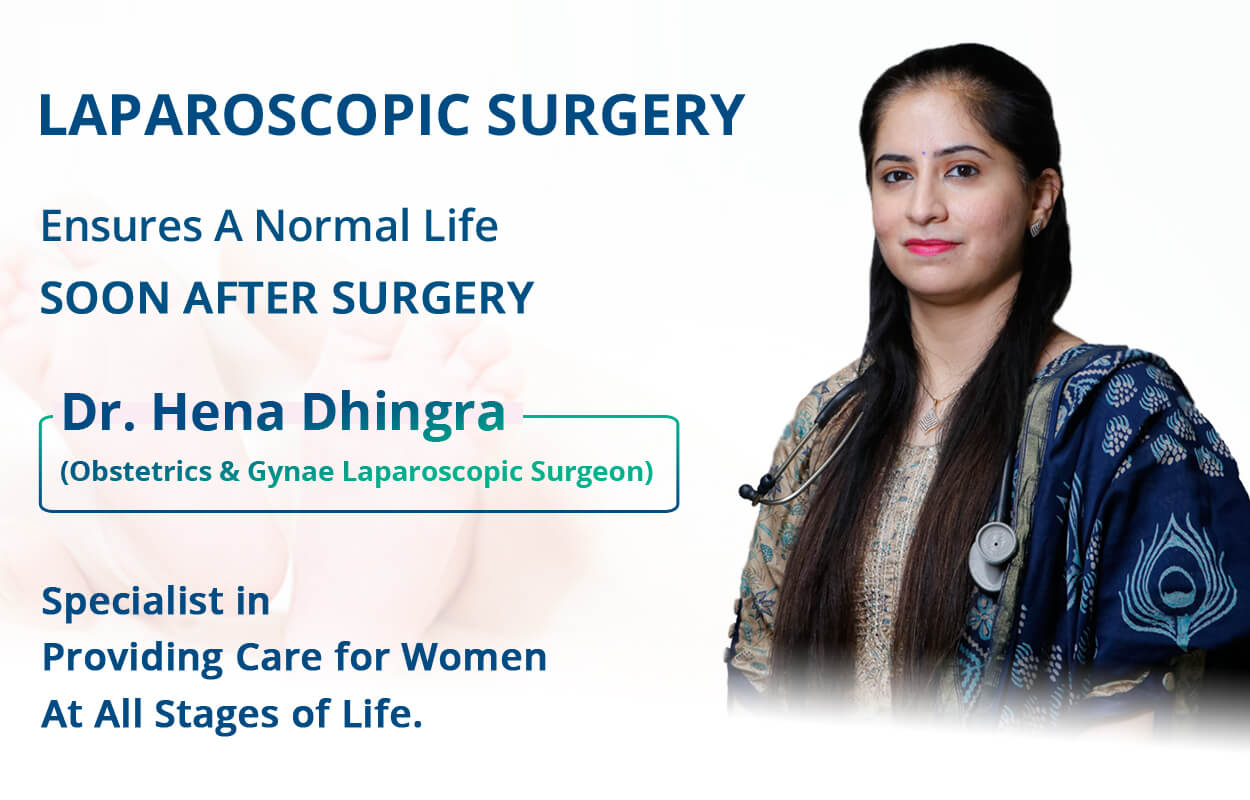 Gynecologic laparoscopy can be an alternative to open surgery. In this procedure, a laparoscope is used to look inside the pelvic area. While an Open surgery often requires a large incision, Laparoscopy does not require that.

A Gynaecological Laparoscopy is keyhole surgery to examine the uterus, fallopian tubes, and ovaries. Gynecological laparoscopy can be used to diagnose many conditions and also treat them.

In Gynaecology, a Diagnostic Laparoscopy can often determine several gynecological conditions in a more cost-effective, efficient, and advanced manner. Severe conditions like endometriosis, fibroids, removal of scars after infections from pelvic inflammatory diseases, treating ectopic pregnancy, removing an ovarian cyst, detection of cancer cells in ovaries, hysterectomy, and tubal ligation can be detected easily by the procedure of Laparoscopy.

If a woman is trying for a baby and the efforts are futile, then she can also undergo this painless procedure to detect the causes for hurdles in pregnancy. Laparoscopy generally has a shorter healing time than open surgery. They have shorter hospital stays and generally, the patient gets released on the day of the procedure itself.

Today, every major hospital has a laparoscopy section in the Gynaecology department. It has turned out to be a major surgical tool used for a multitude of gynecologic and non -gynecologic indications. Now, Laparoscopy is one of the most common surgical procedures performed in many parts of the world.